Running Update:
Grand total for 2015:  1005.2 miles!  Hooray!  I will probably get a few more miles in before we head to Canada for the remainder of the holidays, but I was glad to hit the 1000 mile mark by today.  This is my third year in a row to run 1000 miles!  So again I will sing (with apologies to the Proclaimers):

NF Update:
Our family was honored yesterday to be involved with the Haddam-Killingworth High School Holiday Show and Telethon (http://holidayshow.rsd17.org/).  Every year for the past 27 years this local high school has hosted and broadcast the program with a goal of raising money and awareness for a non-profit organization.  This year they chose to benefit and promote the Children’s Tumor Foundation!  The stories of four Connecticut children with NF were included in the show.  As a result, our family was interviewed by two very talented seniors, Jordan and August, who acted as both reporters and camerawomen.  You can see the end product here or at the link above.

Every day from now until January 4th the show is being aired three times a day—8am, 2pm, and 7pm—without interruption.  Our piece starts around the 2 hour mark (shortly after a red-nosed children’s chorus), so if you tune in to the streaming you can see us around 10am, 4pm, and 9pm EST each day.  (After the holidays you will be able to pull up any segment of the show any time.)

I was blown away by the scale, quality, and professionalism of this production.  These students and staff are amazing.  The whole school was involved, from answering phones to operating the cameras to providing on-air entertainment to holding applause signs!  What a great experience for these kids.  Even more impressive was the fact that during the live broadcast the telethon raised over $14,000 for CTF!

Jane Update:
I’ll end with the best image we got from 2015: the graph of Jane’s tumor decrease.  Hopeful for this continued trend in 2016.  Happy Holidays, everyone!

Another NIH visit on the books.  Here’s the recap:

We checked in to the Children’s Inn at NIH on Sunday afternoon and had quite an evening there.  At dinner we enjoyed the music of the Augmented Eight (former singing group of our friend Ed!)  Later Jane was allowed to "Shop with a Cop"--members of a local police department brought the children through a "store" where they could pick presents for family members and wrap them.  Jane was so proud!  We got to bed early in preparation for a big day of testing.

We started Monday off at Photography.  Jane has pictures taken every 6 months to document any changes in the appearance of her tumor.  I get to snap along with the photo shoot on my phone. 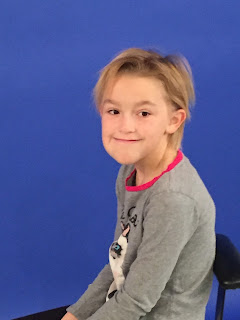 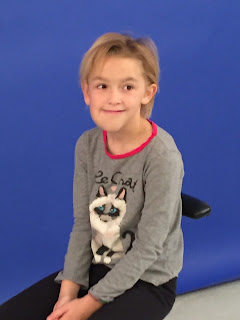 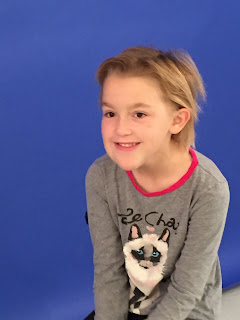 Next was Eye Clinic.  This visit, aside from the MRI, is the longest appointment of the day.  The wait is long, and the check-up itself involves a visual acuity test, a retinal scan, a dilated fundus and a slit lamp exam.  We easily spend two hours there.  Luckily, just as we arrived one of the office staff was starting to decorate the Christmas tree in the waiting room.  Jane gamely asked if she could help, and thus she was happily entertained during our wait.  Upshot of this check-up:  Jane’s eyes are normal.

Next was EKG and then Jane’s cardiac echo.  Both normal!

We were thrilled to discover that we arrived at NIH just as its annual Gingerbread House Competition started!  Last year we were so impressed by the creativity of the various NIH departments in the construction of their houses.  We were not disappointed this year, either!  We perused the displays in between appointments.  Some of our favorites: 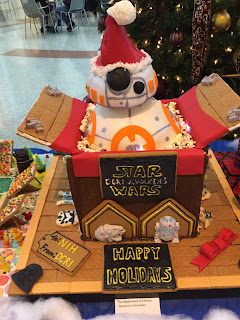 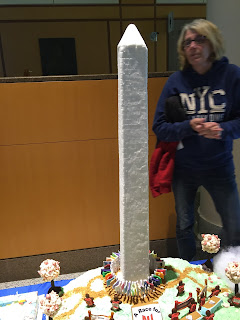 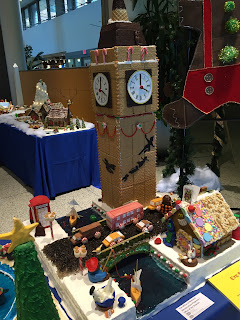 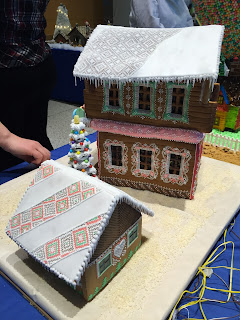 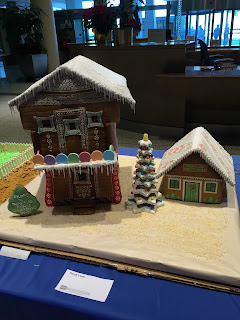 Finally the MRI.  The wonderful news:  JANE STAYED STILL FOR THE WHOLE STUDY!  A half an hour and no need for sedation.  Hooray!  The days of general anesthesia for her MRIs are over.  I think you could probably hear me cheering all the way from Bethesda!  I guess the 18th MRI’s the charm :)  We are all so proud of Jane, and she was proud of herself, too.  We won’t have the results of the MRI for a few days yet, but we couldn’t be happier to have this test behind us, and to have the prospect of a sedation-free future.

With no need for a sedated scan on Tuesday, and with blood work done the night before (all normal), Jane and I found ourselves with a free day!  As we rarely get a chance to sightsee in DC, despite our many trips here, we tried to make the most of it.  We slept in and had a leisurely breakfast, then hit the town.  We took the Metro from the Medical Center all the way to L’Enfant Plaza (an adventure for Jane in itself) then spent the morning at the Air and Space Museum. 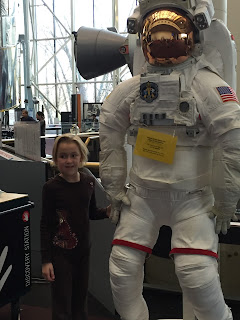 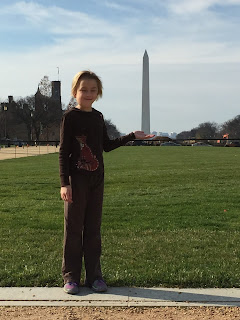 We wandered around the Mall for a bit taking in the sights, but didn’t visit any other landmarks as we wanted to get back in time for a field trip with the Children’s Inn.  The Inn took us by bus to the National Harbor, where we visited an enormous ice display.  The exhibit boasted two million pounds of hand-carved ice sculptures, including five ice slides.  It was a unique, albeit chilly, experience. 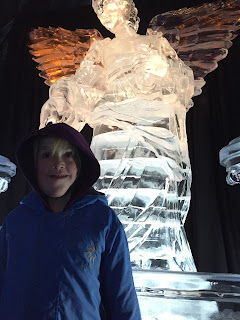 As usual, during our visit we met many wonderful and inspiring children and families from distant places with various medical conditions, but we were especially pleased to get to know another NF family during this stay.  T is a little boy from Utah with NF1 who is Jane’s age and who has Jane’s same tumor in a very similar location to hers.  This was his first visit to NIH, and he and his family are hoping to enroll in the same clinical trial as Jane’s.  He had never met another child with NF—I was happy that Jane could be the first!  Jane sat next to him at dinner, shared a seat home with him on the bus, and they became fast friends.  T’s parents and I overheard them explaining to a fellow passenger that they had the same tumor--they pointed to his on his neck and hers on her cheek--but that they were both going to be taking the same medicine to shrink them.  A heartbreaking level of understanding.


I will update again once we get results from Jane’s MRI later this week.  Meanwhile, we are relieved to be headed home and glad that our next visit is not until March.
~~~

HUGE ADDENDUM!
When we landed in Hartford I had the following message waiting for me from NIH:
“We don't have the official report just yet, but I'm sure Dr. D will have it soon.  Her tumor is down by 33%!!  Baseline 290mL and current: 193mL. Great news!”

What fantastic news!  And what a great way to enter the holiday season!  We couldn’t ask for a better Christmas present <3 <3 <3
Posted by NFE Mom at 2:27 PM No comments:

Jane Update:
We’re having a lovely start to the holiday season!  We celebrated Thanksgiving in our usual fashion:  Wednesday night a home-cooked pasta dinner with our good friends Neil and Marcia, the Madison Turkey Trot Thanksgiving morning, and then Thanksgiving dinner with Grandma Ag and Aunt Anne.  Tomorrow we’re heading in to New York to enjoy Grandma’s Christmas present to our family—tickets to the Radio City Christmas Spectacular!

If the non-sedated scan is adequate, we’ll have the following morning off from testing, since it is being reserved for a sedated scan only if it is necessary.  If we have the morning free we might even venture into DC to do some sightseeing!

Other NF news, we were invited to participate in a fund-raising telethon being run by a local high school!  Every year Haddam-Killingworth High School puts on a Holiday Show and telethon to raise money and awareness for various charities.  This year they have chosen to support the Children’s Tumor Foundation!  They plan to feature several Connecticut children with neurofibromatosis.  This week two seniors from H-K high school came to our house to record and interview Jane, Todd, and me, about daily life with NF.  Check out their progress here (http://holidayshow.rsd17.org/), and watch this space for the broadcast!
Posted by NFE Mom at 7:30 PM No comments: