I’ve been taking it easy since the marathon, though I did just hit over 500 miles for 2017—halfway to 1000 again!  I’ve added a new sport to my training for this week: cycling!  It will be short-lived.  We are on a family vacation to Cape Cod, where we bike almost every day.  Jane and I ride a tandem bike, so I get an extra work out :)

Jane Update:
Jane’s class held a Living Wax Museum during the last week of school.  Students researched a historical figure, wrote a biography, and then became the person they had studied in a presentation to parents.  Jane chose to be Amelia Earhart!  She chose Earhart because, in Jane’s words, “She was an accomplished woman, like I want to be.” 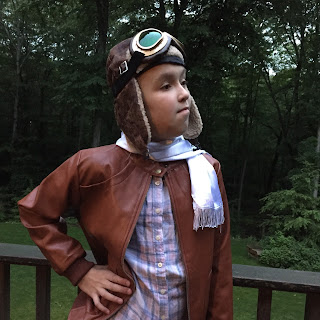 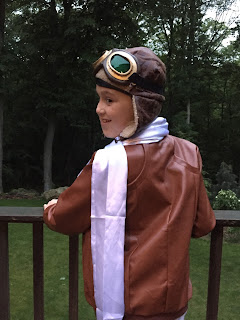 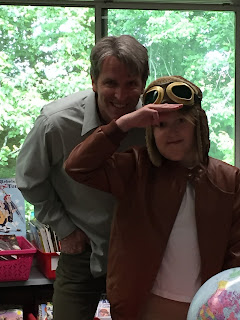 We also recently got the following email from NIH:
“AstraZeneca (the company that makes the Selumetinib) is having an internal meeting to discuss plans for seeking FDA approval for the study drug. They have asked if we have any patient testimonials that could be used during this meeting and the research team thought of the story that we did on Jane recently. (Here is the link.)  The pictures and write-up would be presented to a small group of AstraZeneca staff.”

My daughter, Jane—helping to get life-saving medicine approved :)

NF Update:
The New York Times published an Op Ed piece on June 7th as part of their weekly series of essays, art and opinion by and about people living with disabilities.  The author, Alex Hubbard, is a reporter at The Tennessean, the local paper for Nashville, TN.  He shared his own story about living with neurofibromatosis, type 2, with the New York Times:
"I am not just a blind person who developed a severe speech impediment but didn’t give up on his career dream. I am a 26-year-old man with a quick wit, who is fluent in hockey, is widely read and can name every United States president in order, backward."  Here is the link to the full article.  Give it a read—this is NF.
Posted by NFE Mom at 7:42 AM No comments: