The Vermont City Marathon 5/26/19
Another race done for the Children’s Tumor Foundation: the Vermont City Marathon in Burlington, VT was last weekend and was marathon number 15 for me.  You’d think by now that I’d have this thing down pat, but you’d be wrong!  The last few marathons I’ve done I’ve hit the wall around mile 17 and haven’t been able to bounce back.  I’ve finished them all with a combination of walking and running the last third of the race, but I’d like to get past this!  I finished my 20+ mile training runs faster than I ran the actual marathon!  I keep thinking maybe I’m getting to old for this, but then I think about all the marathoners I know who are older than me and realize that I can’t use that argument :)

Sunday dawned cool and overcast and promised to be a good weather for running.  The race was supposed to start at 7am sharp, but with 15 minutes to go, as thousands of runners lined up in the starting area in Battery Park, we heard an announcement that the park was being evacuated due to severe weather!  A rogue thunderstorm blew in and delayed the race for about 45 minutes.  I’d never experienced a race delay like that, and apparently neither had the Vermont City Marathon in all of its 31-year history.  Runners took shelter in several parking structures and nearby hotels until we were given the all-clear.  Talk about getting psyched out!

Once the race was finally underway, we had sunny skies, maybe a little warmer than would have been ideal, but the course was beautiful as always, looping around picturesque Burlington, and there were plenty of encouraging spectators, despite the stormy start.

As I mentioned above, I had to alternate walking and running after mile 17, and I was walking around mile 22 when a stranger walking next to me said, “OK, let’s start running again, and we’ll run to the next stop sign.”  We did, and for the next two miles we ran and walked together, encouraging each other to run a little bit farther each time.  It turns out he is the Virginia State Representative to the Road Runners Club of America and is trying to run a marathon in every state!  What a difference it made to run as a team.  It got me through to mile 24, and from there it was all downhill to the finish.  (Thank you, Grattan!) 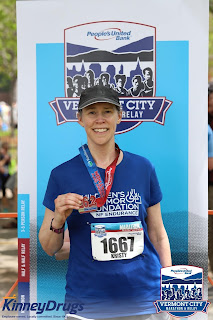 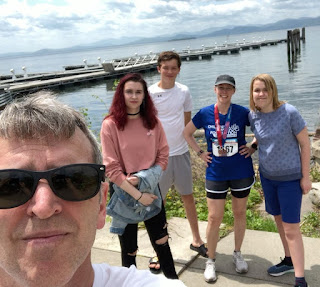 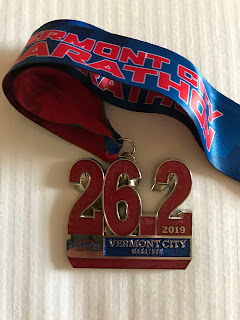 Thanks to all of you, we’re raised over $7000 so far this year for the Children’s Tumor Foundation!  I’d like to give a special thank you to Jane’s friend and classmate, Will.  Will took it upon himself to set up a lemonade stand last weekend and donated the proceeds to CTF in honor of Jane!  Such a thoughtful and wonderful friend!

NF Update:
As you probably all know by now, May was NF Awareness Month.  For those of you who missed my social media posts, here is the list of facts I shared to help people understand more about this condition.

If you prefer this information in video form, please watch this thorough yet succinct and understandable video about NF from the Childhood Tumour Trust!

As we say, Awareness Month may be over, but the fight against NF is year-round.  If you haven’t had a chance, please donate to the Children’s Tumor Foundation here:
www. KRath4Jane.com

Jane Update:
I am sorry to say that Jane has been dogged by another toenail infection and more rashes this month.  Both are known side effects of her trial medication, selumetinib.  We had to stop selumetinib for a week so she could take antibiotics for her toe, and we started yet another topical skin regimen for this new rash.  She tolerates it all like a trooper and doesn’t let it hold her back for one second, which is good because of all her end-of-schoolyear activities!  This week Jane had her spring band concert (in which she plays the flute) and one of her last few soccer games of the season. 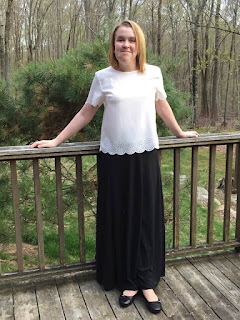 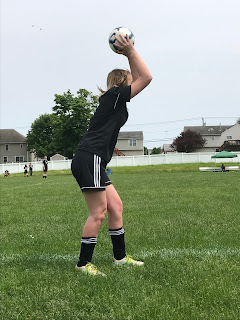 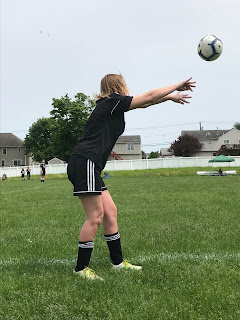 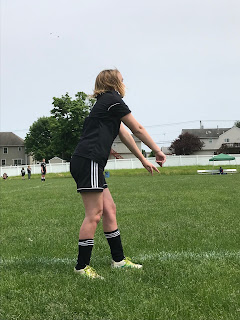 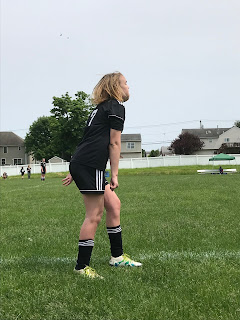 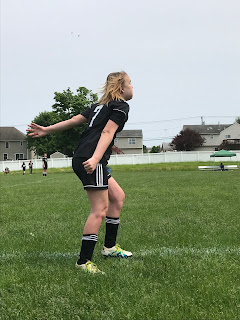