Happy Thanksgiving!  I hope everyone has had a wonderful holiday weekend.
I’ve been taking it easy (running-wise) since my last race but couldn’t miss the Thanksgiving Turkey Trot in our town.  It’s become a tradition to participate with our good friends, Neil and Marcia—this was our 10th year in a row! 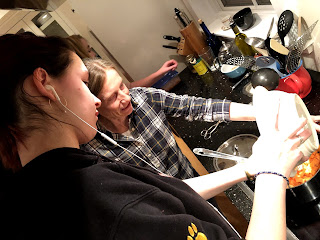 The temperature was a frigid 18F—the coldest race I can remember.  There were many fewer runners due to the cold; nevertheless, 1200 people raced and there were a remarkable number of spectators.  I came in 9th out of 61 women in my age group despite frozen feet :)


I can’t slack off from training for much longer.  I still hope to complete my usual 1000 miles of running this year (I’m at 910) and then it will be time to start preparing for spring races!

NF Update:
Black Friday, Small-Business Saturday, and Cyber Monday don't hold a candle to #GivingTuesday! If you're looking to donate to an excellent cause, then look no further than the Children's Tumor Foundation! Help us #EndNF
www.KRath4Jane.com

It’s been a week since the Marine Corps Marathon and I’ve finally had a chance to put together this post.  Another marathon for the Children’s Tumor Foundation in the books!

Todd, Alec, Jane and I drove down to DC last Saturday through a Nor’easter, grateful that it was moving away from the marathon route.  Helen couldn’t join us this time because of junior-year-of-high-school exams and upcoming SATs :(

We started at the Expo at the National Harbor to pick up my race bib. 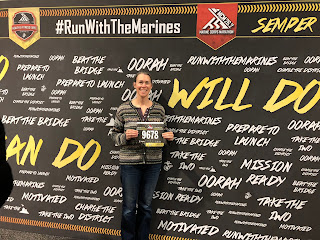 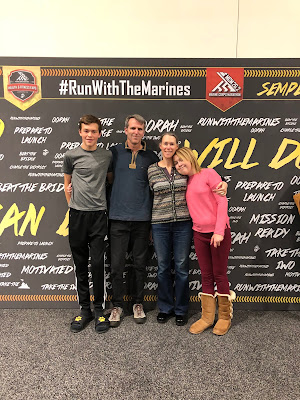 That night we had dinner with several of my cousins who live in the area and who were running the Marine Corps races.  It was great to be able to catch up with everyone at such a special event.  Mary and Gerry graciously hosted us all in their home, Joe cooked the delicious food that gave us all the energy to run strong on race day, and Allison once again designed a t-shirt to celebrate the Stapleton Family Runners! 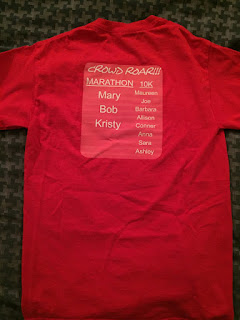 We had absolutely perfect weather conditions for race day—cool, dry, slightly overcast in the morning.  Todd and the kids were able to catch me twice—once at mile 17 as I entered the loop around the Mall, and once around mile 20 as I exited it.  I also found Angela Dumadag—NF Endurance manager extraordinaire—cheering on the south of the Mall. 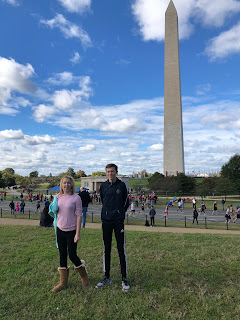 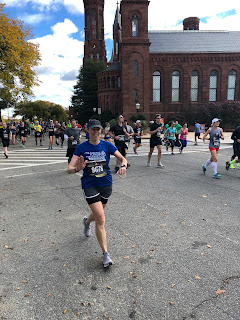 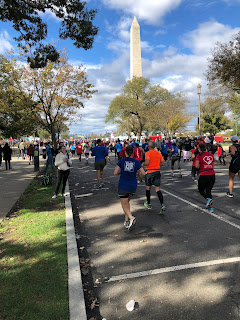 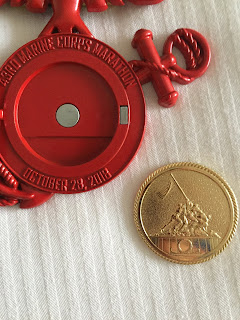 A few weeks ago, the New York Times ran a piece about Yuki Kawauchi, a Japanese marathoner known for his punishing schedule.  (https://www.nytimes.com/2018/10/04/sports/yuki-kawauchi-marathon.html)  In the article is this quote about him:  “I can’t imagine going to work the next day,” said Meb Keflezighi of the United States, who won the 2014 Boston Marathon, the 2009 New York City Marathon and a silver medal at the 2004 Athens Olympics. “I can’t walk normal for four or five days. I’m walking downstairs backward. I feel like I’m 80 years old. And he’s going to work and going for a run.”

Granted, I am not a world-class marathoner, but I still walk like an 80-year-old for a day or so after a race.  Despite this, Alec convinced us to do a bit of sight-seeing the afternoon of the marathon! 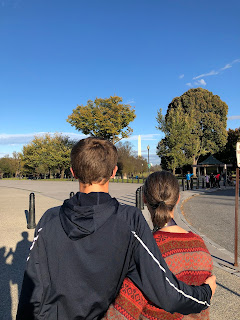 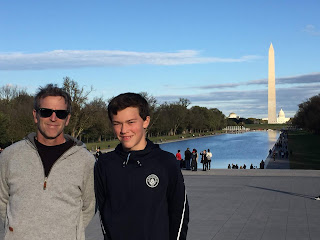 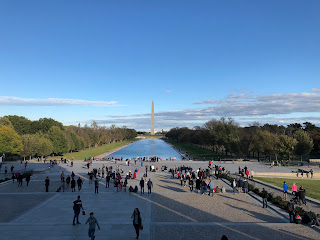 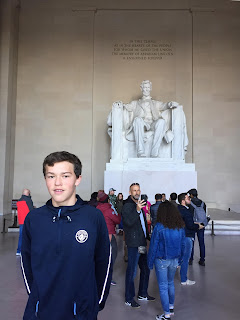 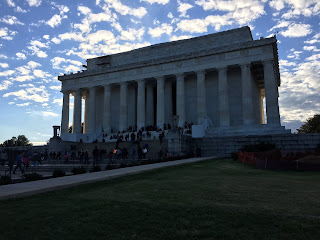 All my major CTF races are done for the year, and to date in 2018—with your help—I’ve raised $16,461 for the Children’s Tumor Foundation!  I’ll still be collecting through the end of the year, so if you haven’t had a chance to donate, you still can :)
www.KRath4Jane.com
(Please note: CTF was experiencing some technical difficulties with its fund-raising pages at the time I posted this.  Hopefully they will be cleared up by the time you read this—If not, check back shortly!)