A bit unexpectedly, I ran the Philadelphia Half this past weekend!  I've always been curious about the Philly Marathon because it's in mid-November and guaranteed to be cool, and I confess because I knew that in the past the medal was a replica Liberty Bell that really rang :)  After the Marine Corps Marathon was a rainy bust, I didn't want to waste all my fall training, and Philly gave me a full month to recover from the MCM.  I signed up last minute, drove down Friday night, ran the race Saturday morning, and drove back Saturday afternoon.  My friend Emily (one of my rockin’ college roommates) lives there, so I got to have dinner with her the night before the race and brunch afterwards.

What a great event in an awesome city!  The race was really well organized, mostly flat, scenic, and had  lots of spectators.  It was bright and sunny for the half marathon (unlike the following day, which was rainy for the full marathon) and it was cool, in the 30s.  The race started at Eakins Oval in front of the Philadelphia Museum of Art (AKA the “Rocky” steps).  Champion marathoners Meb Keflezighi (who I once met at the Vermont City Marathon) and Desiree Linden were there at the start to see us off.  Early on we ran past Philadelphia City Hall (incidentally, the largest municipal building in the world) at the intersection of Market and Broad Streets.

Next, we passed Independence Hall and the Liberty Bell where we were greeted by Ben Franklin himself (an actor in period garb) who gave high fives to the runners.  We ran through the lovely Old City to the waterfront, along the Delaware River, and back through Center City and Rittenhouse Square.  Then we headed over the Schuylkill River into University City near the University of Pennsylvania, past the Philadelphia Zoo, up into hilly Fairmount Park and then finally downhill back along the Schuylkill to the finish line at the Oval.


After a warm shower and change back at my hotel, I met Emily for brunch and a tour of her neighborhood.  How did I not know about Philadelphia’s murals?  Philly has a series of stunning building-size public murals located all around the city.  They are simply gorgeous. 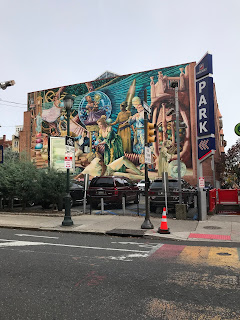 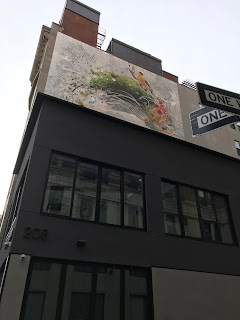 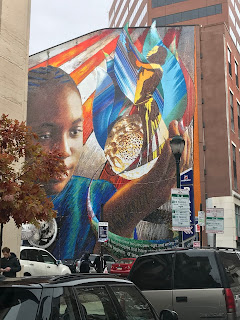 In one of the more important moments of my visit, I got to meet Emily’s new cats!


I was back home in a little over 24 hours and would totally do it again.  Thank you, Philadelphia!

Jane Update:
Jane is scheduled for her MRI December 11 here in Connecticut to follow up the new abdominal mass that was discovered during our visit to NIH in September.  We are hoping for no change—that would be a nice early Christmas present.

FDA approval is a long and complicated process which I still don’t fully understand, but this infographic helps: 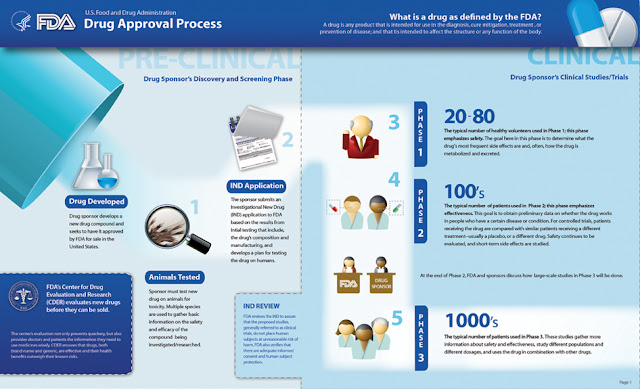 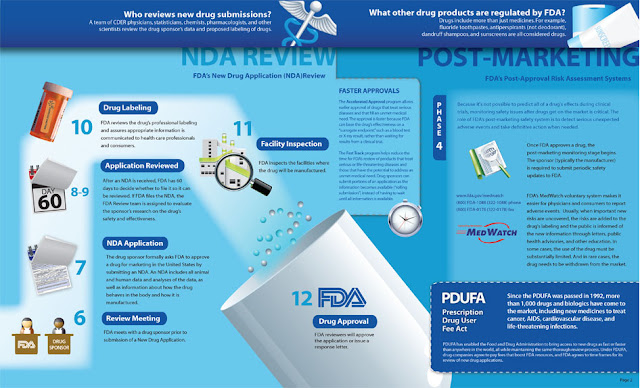 We've just passed Step 8 of a 12-Step process.  Jane entered the picture all the way back at Step 3.  Getting closer.
~~~

On a non-running, non-NF note, this is our first Thanksgiving without our dear Aunt Anne.  I bought a bouquet of her favorite flowers today to have her with us <3 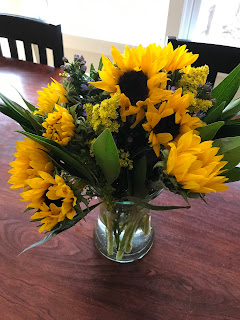 Once you’ve enjoyed your Thanksgiving turkey and done your Black Friday and Cyber Monday shopping, don’t forget Giving Tuesday!  You can always donate to our favorite charity, the Children’s Tumor Foundation here:  www.KRath4Jane.com