Jane update:
A reprieve!
The DC area is expecting 6-10 inches of snow so our return to NIH was canceled!!  As wonderful as our care team at NIH is, I am relieved we don’t have to make this trip.  Medical travel for me is always so stressful.   Instead, we visited our hometown pediatrician this afternoon for a check-up and blood work.  (As Jane’s favorite book characters, Ivy and Bean, would say, “Easy-peasy!”)

I never thought I'd be thankful for more snow this winter!

Since Todd had already promised to take Jane's older brother and sister snowboarding today, Jane and I found ourselves with an unexpected day off without plans!  (Unprecedented!)  So, at Jane’s request, we headed up to the Connecticut Science Center in Hartford.  It was a madhouse there today since all the local schools are on break, but Jane is as happy as a clam—and so, therefore, was I :)

NF update:
One of the issues I reported to Jane’s team at NIH today (via e-mail) was her ongoing skin sensitivity.  The combination of AZD6244, neurofibromatosis itself (for unknown reasons), and the winter air make for a very itchy Jane!  We have managed to keep it somewhat under control with regular oatmeal baths, liberal moisturizers, intermittent steroid creams, and daily Claritin; nevertheless, her torso is crisscrossed with scratches.  Another reason to look forward to spring.

I didn't want to fall behind in my training, so I attempted my long run yesterday, post-blizzard, post-shoveling.  I felt pretty good while out there, though I struggled on the streets that were sub-optimally plowed—I felt like I was running through sand.  I cut it a bit short. (I was supposed to do 11 miles.)

Anyway, last night I could. Not. Move.  I felt like I had run a marathon.  Ibuprofen was my friend.


But remember, today snow is my friend!
Posted by NFE Mom at 7:34 PM No comments:

The NYC Half Marathon is one month from tomorrow!  I’ve managed to keep up with my training plan pretty well, despite the nearly continuous snow this month.  It's been a while, but I crossed the "miles-to-degrees" threshold again yesterday:  7.6 miles in 7 degree weather.  Stats like that make geeky runners like me happy :)

Speaking of running in the cold, today thousands of people worldwide helped to raise money for the Children’s Tumor Foundation through an increasingly popular race called Cupid’s Undie Run.  Participants run a little over a mile in their underwear on Valentine’s Day.  Since it began in 2010, the race has grown to include dozens of cities worldwide and has raised $3.2 million to end NF!  How great is that? 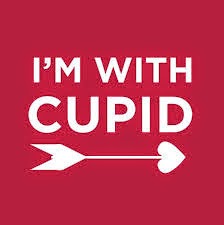 Finally, have to share a video my friend Alice recently sent me.  Stand-up comic-and-runner Liz Miele shares her thoughts on marathons:

Jane Update:
Jane lost her second tooth!  Unfortunately, it came out while she was sledding and got lost in to the snow.  No matter—Jane set things right with the Tooth Fairy:

NF Update:
Jane and I return to NIH in two days just for an overnight—for blood work and a physical exam with our care team.

Jane isn’t scheduled for another MRI at NIH until June, but every time she has had an MRI, she has needed to be sedated.  This is because a patient needs to lie perfectly still for the entire length of an MRI scan, which can last over an hour.  Since Jane’s had more than a dozen MRIs (about 18?  I’ve actually lost count…), that means she has had more than a dozen episodes of general anesthesia, and that’s not great for a growing brain!  Once children are old enough to lie still for long periods of time they can start training for a non-sedated MRI.  (The age depends on the child, but many facilities won’t even consider children less than 8 years.)

To that end, we’ve wanted to start Jane’s training.  As luck would have it, we happen to have access to several scanners, thanks to my husband, Todd ;)  Yesterday the kids and I went to visit Todd at work, where we all practiced getting in the MR scanner.  Jane was the only kid who stayed in long enough to have a quick scan!  It only lasted three seconds, but it’s a good first step.
Posted by NFE Mom at 6:22 PM No comments: