Happy Thanksgiving, everyone!  We had a lovely holiday at home, sharing it as we usually do first with our dear friends, Neil and Marcia, then with my Mom and Aunt Anne.  On Thanksgiving morning, it is our tradition to attend the Madison Turkey Trot—it was our ninth year in a row! 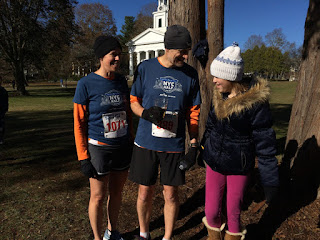 Another sign that the holidays are here—this weekend I hit 1000 miles of running for the year.  It sounds crazy, but I’ve run 1000 miles per year for the last five years.  Here’s hoping for another five.


For several years, the Tuesday after Thanksgiving has been called #GivingTuesday, a day for charitable giving.  If you are looking for a worthy cause to which to contribute, look no further than the Children’sTumor Foundation!  You can give right here, through my website:
www.KRath4Jane.com
Posted by NFE Mom at 4:38 PM No comments: 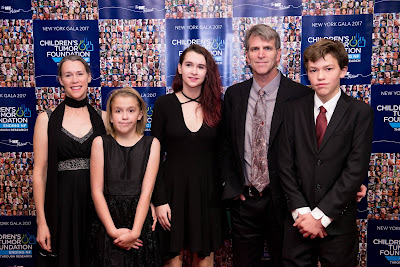 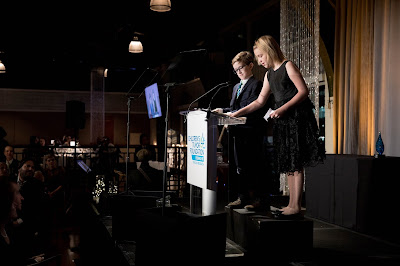 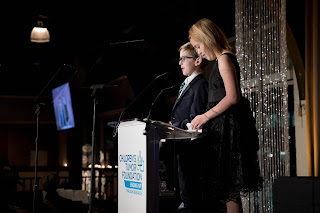 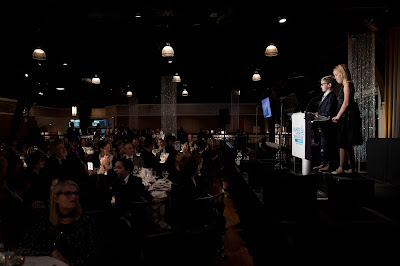 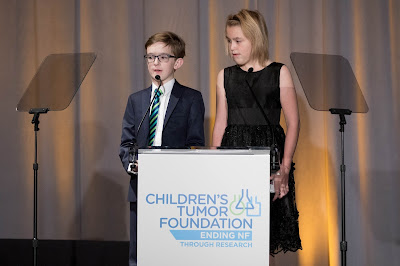 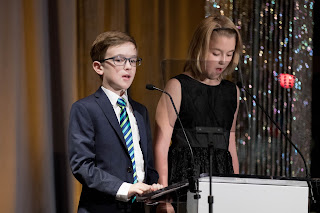 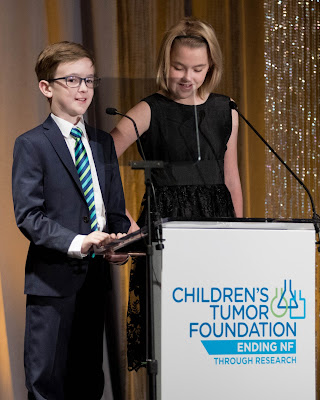 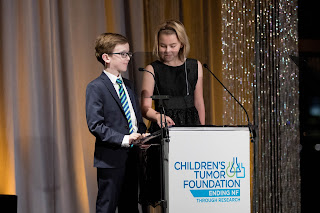 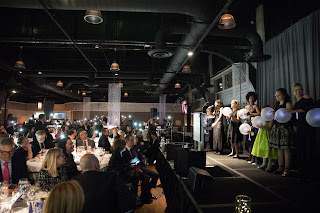 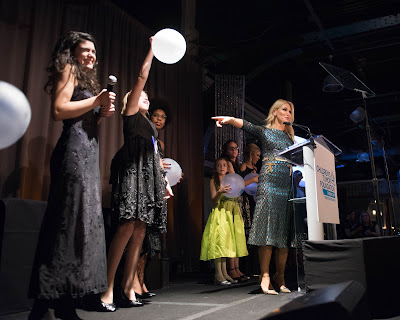 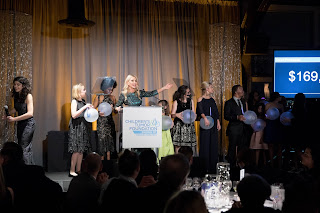 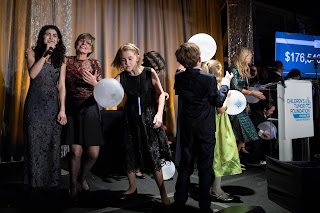 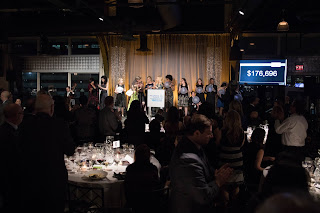 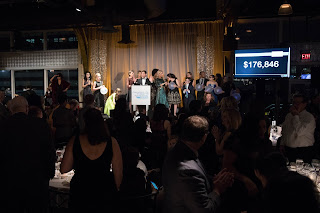 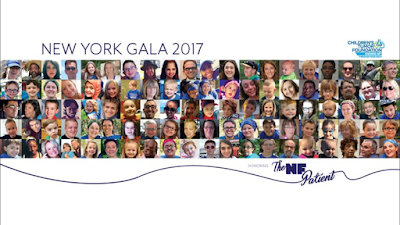 The New York Gala is one of the Children’s Tumor Foundation’s largest fundraisers of the year, with more than 300 guests in attendance.  This prestigious event is a gathering of friends and supporters, whose participation helps to continue funding the programs responsible for the progress we are seeing today.  This year, our family was invited to attend so that Jane could speak about her success on her clinical trial with the MEK inhibitor, selumetinib! 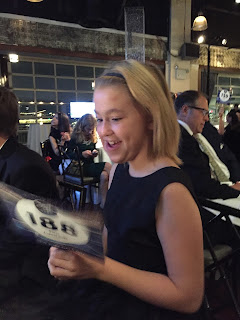 One of the highlights of the evening for me was finally meeting the Moss Family.  Phillip Moss is 12 years old and has the same type of NF tumor in the same location as Jane, and he is participating in the same clinical trial as Jane!  Phillip’s mom, Renie, and I have corresponded over the last several years and have even spoken on the phone a few times, but we’d never met in person!

We also got to meet Gabrielle, a 10th grader from Long Island who also has NF, and has the voice of an angel.  She entertained us with two songs that evening, including “Perfect” by P!nk (the lyrics of which were “perfect” for the event, in my opinion: “Pretty, pretty please, don't you ever, ever feel like you are less than, less than perfect…”)

During the event, Frankie and Olyviah Moriguchi were honored as the 2018 Children’s Tumor Foundation Ambassadors, an award bestowed upon young adults living with NF to recognize their courage living with the disorder, and their personal efforts to further the Foundation goals of research, public awareness and patient support. 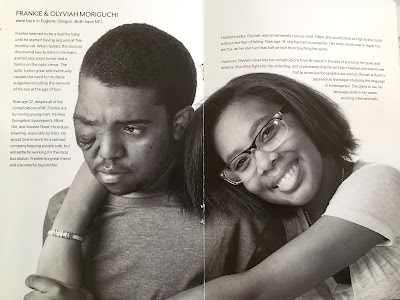 The Moriguchi's story:
“Frankie’s family was once told he’d never walk, talk, or even make it to his teen years.  He just turned 22 and, despite all of the pain and discomfort, has a happy disposition and is an absolute joy to be around.  As a baby, it was discovered that Frankie had a tumor on his optic nerve that grew to erode part of his skull, which led to the removal of his eye. In 2016, Frankie had surgery to remove all the remaining eye systems, including tear ducts, his eyelids and eye lashes. He can now comfortably fit glasses on his face and no longer suffers from ongoing infections. Frankie also experiences developmental delays as a result of all of the complications from NF.
Unlike her older brother, Olyviah is less noticeably affected by NF. She has multiple café au lait spots and has had several surgeries to remove painful tumors.  She also has ADHD and receives accommodations at school due to learning disabilities resulting from NF; nonetheless, she is determined not to let NF prevent her from achieving her goal of traveling the world. Olyiviah speaks Japanese and dreams of visiting Japan.”

We spent the next day being tourists, visiting the Statue of Liberty, despite the biting wind and cold. 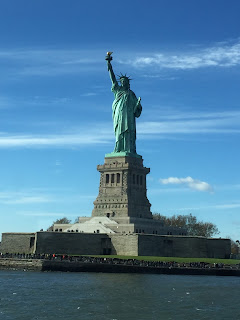 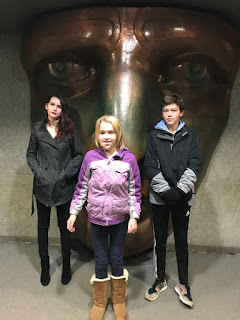 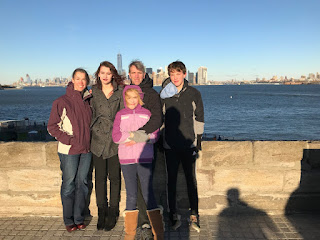 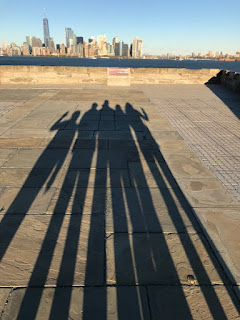 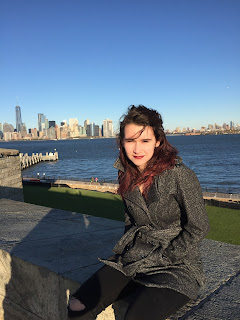 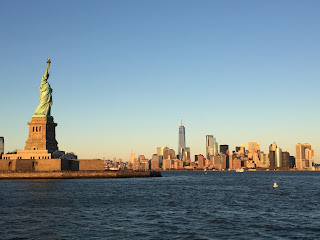 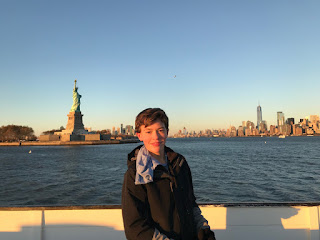 On a different note, on Friday the Childhood Tumour Trust released a short, animated, highly informative video explaining neurofibromatosis in simple terms.  It’s less than 4 minutes, but answers most basic questions that people have about NF.  Enjoy!  Here's the link: What is Neurofibromatosis?
Posted by NFE Mom at 1:07 PM No comments: