Yet another marathon completed for the Children’s Tumor Foundation!  The Marine Corps Marathon this past weekend was my twelfth.  This race was more of a family event for us than usual—two of my cousins ran the marathon with me, and another four family members ran the 10K.  In all, there were 20 relatives helping us celebrate the race!  One of my cousins, his wife and their daughter, who live in the DC area, played host for the weekend, treating us to a dinner at their favorite Italian restaurant so we could properly carbo-load the night before the race.  Another cousin designed and gifted us all with t-shirts to commemorate the event!  Those who weren’t running came to cheer us all on, and even those who ran the 10K circled back to cheer on us weary marathoners. 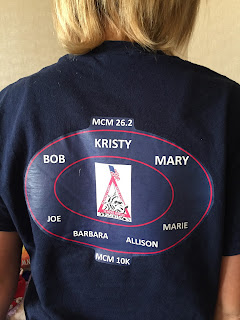 The race was wonderful, so much so that I’d love to run it again.  People had told me how inspiring it was to "see all the Marines" at the MCM, but at the time I wasn't quite sure what they meant.  I didn’t know if the Marines would be running in the race or just watching, but now I understand--they were staffing the whole event!!  There were very few non-uniformed race volunteers.  It was all Marines--manning the corrals at the start, working at the bag drop-off, handing out water and Gatorade and Gu and orange slices, directing traffic, cheering, even putting the medal around our necks.  It was really humbling.  I kept wanting to say, "Thank you for your service!" every time one of them helped me.

The route itself was quite scenic and had a remarkable number of spectators--maybe not quite as many as the Boston Marathon, but close.  It started between Arlington Cemetery and the Pentagon (which I'd never seen up close), then through Rosslyn for the only real climb of the race.  Then we crossed the Potomac over a bridge into a lovely area of Georgetown, then past the Tidal Basin and along the Potomac River for quite a way.  Around mile 12 was the "Blue Mile" which was lined with hundreds of photographs and biographies of fallen Marines, followed immediately by another section where we ran under hundreds of flags held by family members of those same Marines.  It was quite moving--despite being halfway through a marathon, I found myself choked up.  The most exciting part for me was running around the beautiful National Mall, past the Washington Monument, the Smithsonian and the Capitol Building.

Next, we crossed another bridge back over the Potomac into Arlington.  The bridge was at mile 21, quite exposed and sunny, and had no water stops.  That was my downfall!  I didn't hydrate properly and had to stop and walk miles 21-23--you would think by now I would know how to plan for that.  Once I had downed some more water and Gatorade I was fine to run the last 3 miles to the finish line.  Arlington itself had a large contingent of enthusiastic spectators, but I didn't fully enjoy it--I was too focused on wanting to get running again.  The last 0.2 miles of the race were actually brilliant--a steep climb to the Iwo Jima Memorial and through the finish line.  It did make one feel quite patriotic. 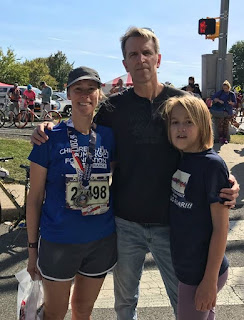 I ran the marathon in 4 hrs 40 mins.  Not my worst time, but definitely a far cry from the 4:14 I ran at the Vermont City Marathon earlier this year.  It was really hot!  I thought that a race at the end of October would be safe from that standpoint, but unfortunately not so.  Despite this, it was a great day.  I even had the energy to do a bit of sightseeing with Todd and the kids that afternoon. 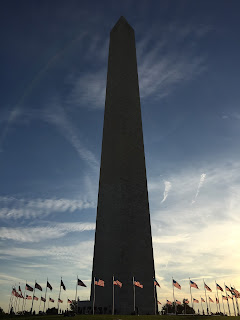 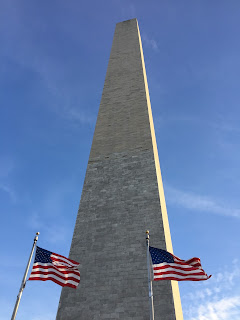 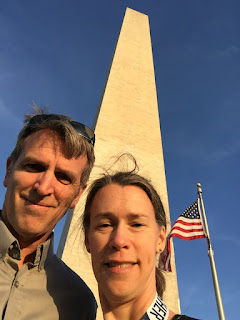 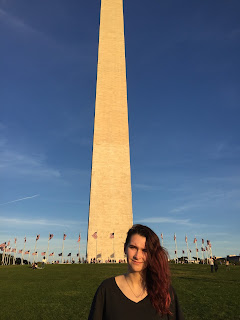 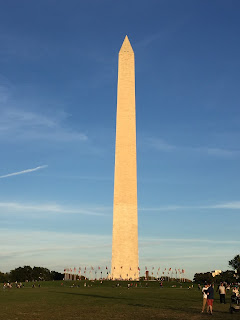 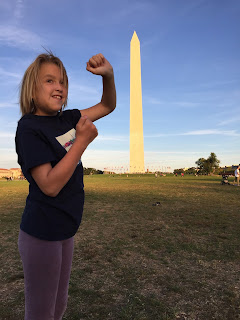 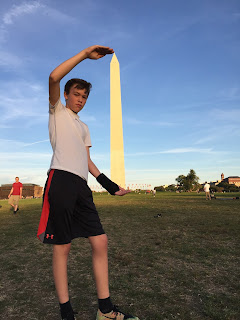 *That’s only $556 away from $20K, in case anyone still would like to donate and put us over the top!  You can always donate here:  www.KRath4Jane.com
Posted by NFE Mom at 6:03 PM No comments:


Last weekend was the Fifth Annual Connecticut NF Walk in Putnam, CT.  Happily, the rain forecast for the morning held off.  The event starts with a one mile walk around this New England mill town, then includes music, face painting, a cookout, and raffle.  Most importantly, Jane gets to play with the few NF friends she has gotten to know over the years.   Organized by Rhianna Curotto, who has NF2 herself, the walk raised $1150 the day of the event and just over $5000 overall!  Thank you, Rhianna! 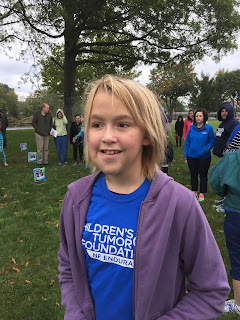 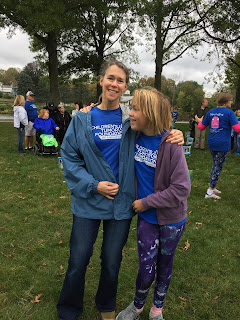 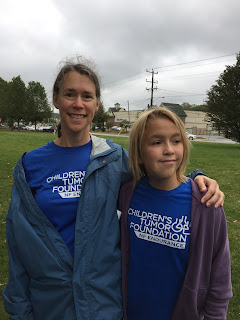 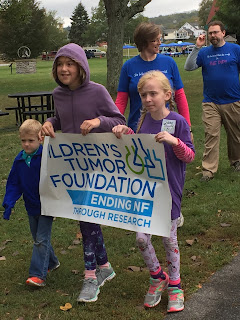 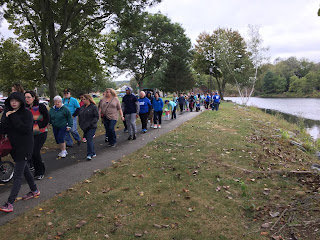 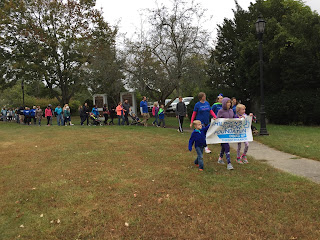 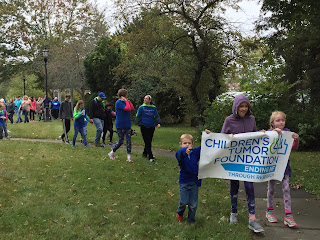 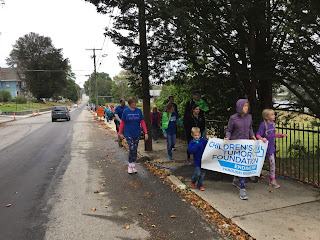 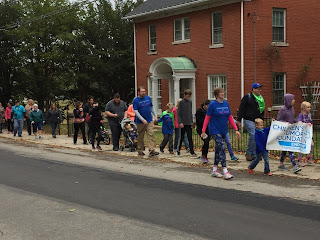 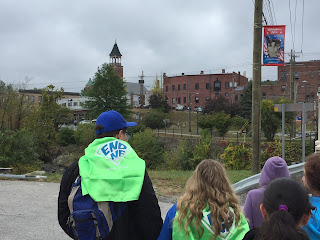 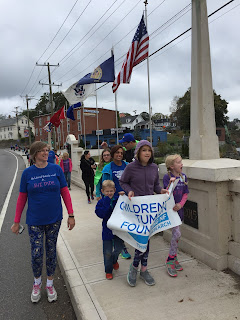 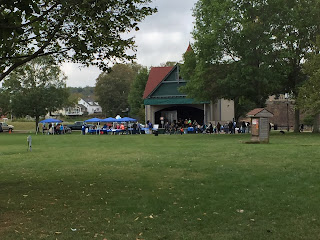 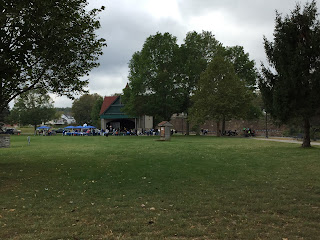 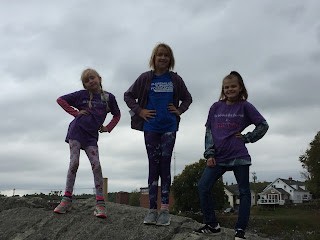 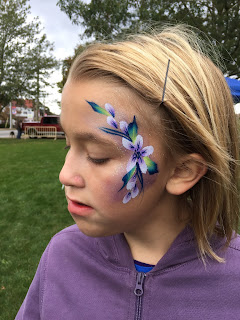 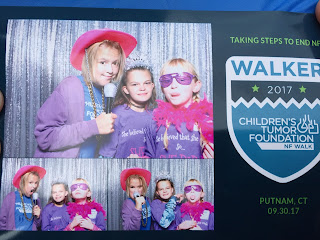