Another race done for the Children’s Tumor Foundation! 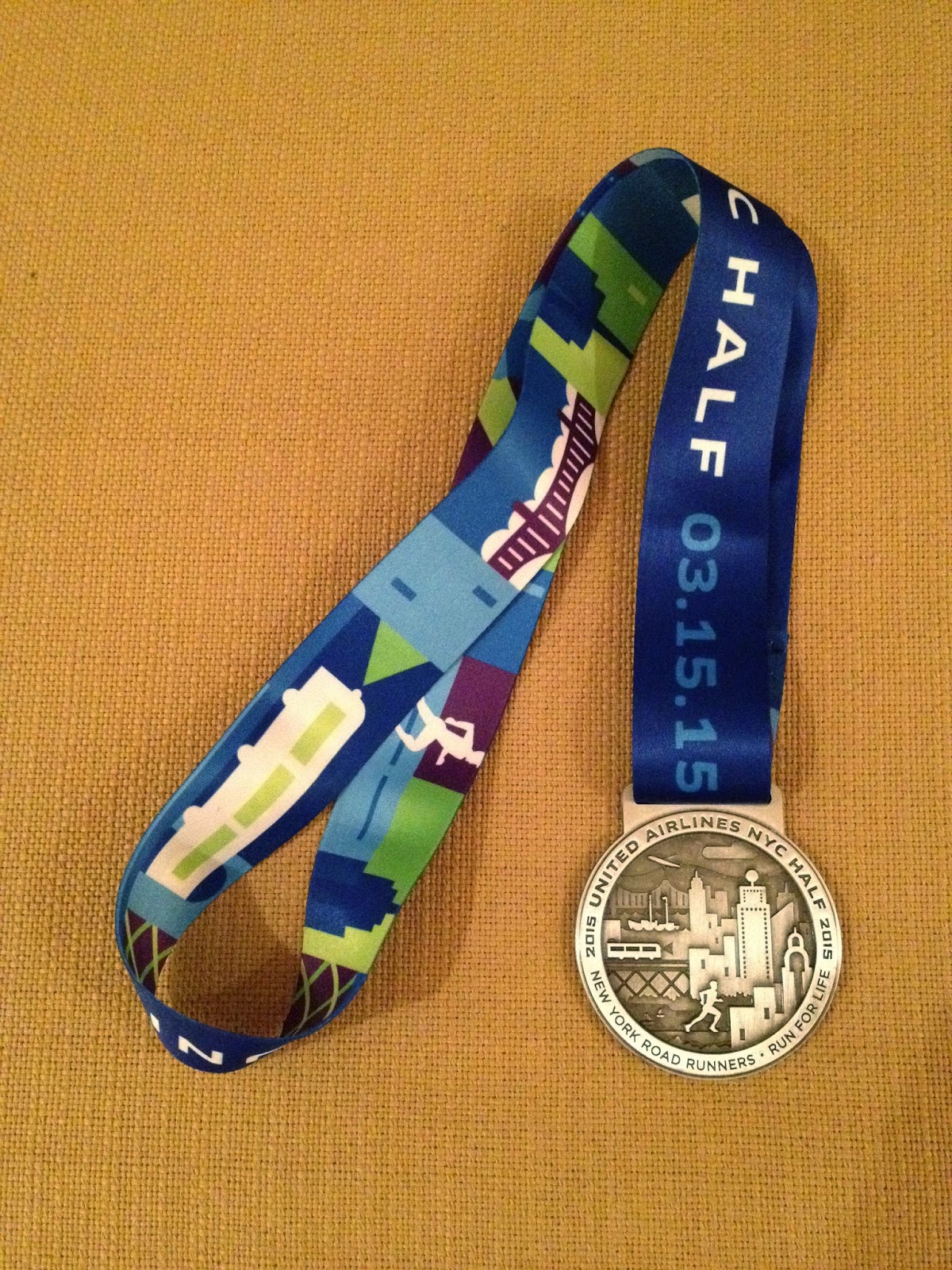 This past weekend I ran the NYC Half Marathon—what a fantastic race!  Big, spirited crowds and great fun to be able to run through Central Park, Times Square, and by the World Trade Center.

We arrived the day beforehand so as to attend the Expo and to do a bit of sight-seeing.  We were thwarted somewhat by heavy rain, but still managed to show the kids a bit of midtown Manhattan.

The NYC Half Marathon starts in Central Park and nearly all the first half of the race is run within it. I'd never run in Central Park, the quintessential running destination for so many New Yorkers.  It is just lovely, even on a dark, late-winter morning.  The park contains the only hills of the race—it was nice to get them over with early on.

The route then exits the bottom of the park at Mile 6, straight onto 7th Avenue and into Times Square.  Just imagine—a road race running right through Times Square!  We were surrounded by enormous illuminated signs and crowds of cheering spectators.  I learned that Times Square is closed only two times a year—once on New Year’s Eve and once for the NYC Half Marathon.  Todd and the kids were watching in Times Square, but I missed them by just a few minutes when they ducked indoors to warm up (I was faster than they thought, and it was colder than they thought...)

After Times Square we ran due west on 42nd street, then turned south onto the West Side Highway.  I found lots of motivation on the West Side:  a rocking drum corps, an actual cheer-leading squad, complete with pom-poms and human pyramids.  Great sights, too:  we ran past the new One World Trade Center and had a view of Statue of Liberty.  I also happened to notice Jane Street just above 12th Street :)

In the final stretch of the race we entered the Battery Park Underpass—half a mile running through a tunnel!  It offered much welcomed protection from the wind, inspired lots of whooping and hollering from the runners which echoed the length of the tunnel, and prompted many apt comments about seeing “the light at the end of the tunnel” :)

Right before the final turns of the course I spotted Angela Dumadag, the manager for the NF Endurance Team in New York and the woman who made it possible for me to run the NYC Half.  She was very inspiring in her green wig and tutu! 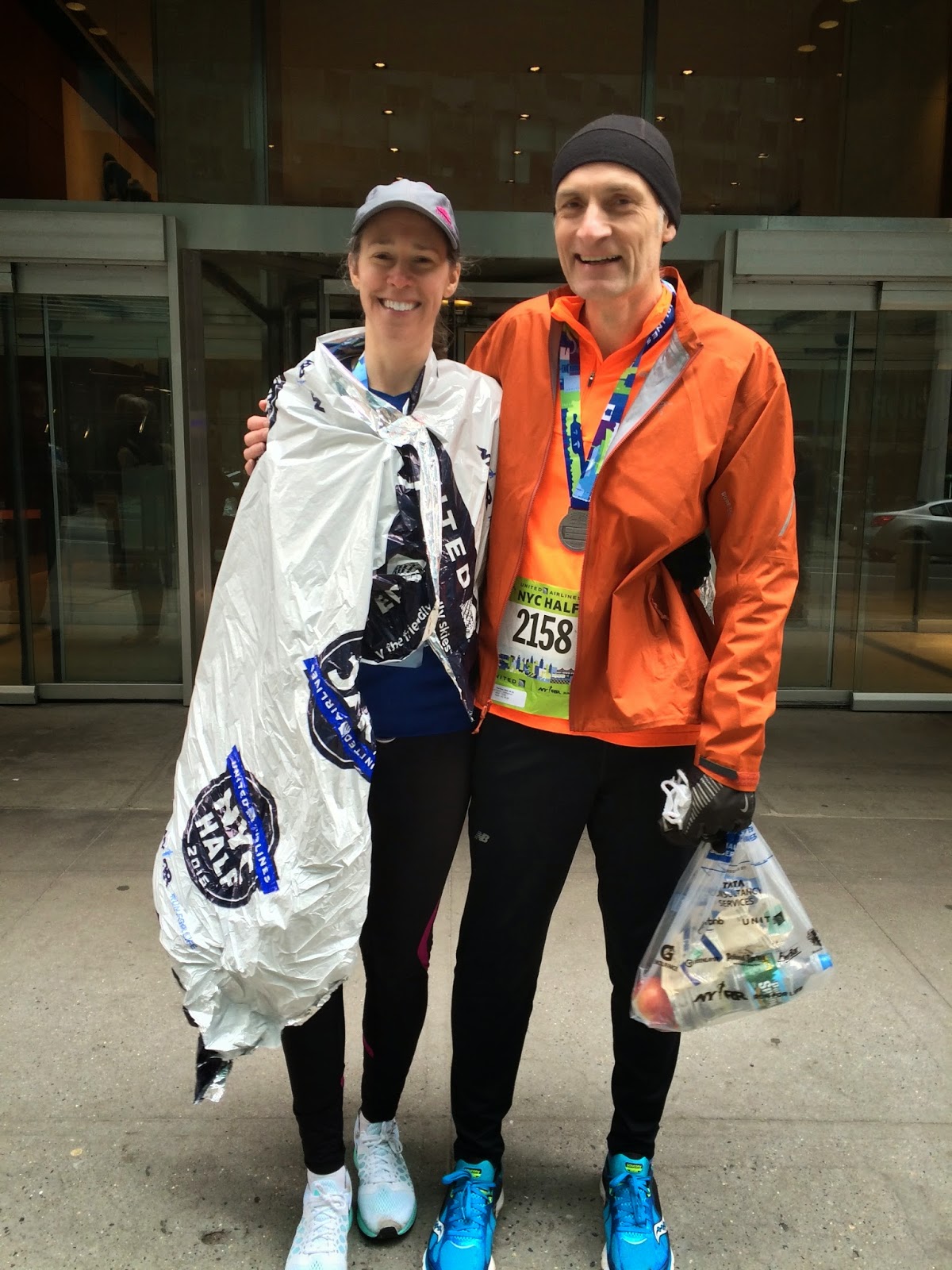 Thank you to Angela, the NF Endurance Team, and the Children’s Tumor Foundation, to my running partner, Neil, and our one-woman support crew, Marcia, and huge thanks and love to Todd and the kids for tolerating another crazy marathoning trek for me <3