Another marathon done!  I ran the Vermont City Marathon over the Memorial Day weekend.  It was not my best race, but still we’ve raised over $5000 towards our 2018 campaign for the Children’s Tumor Foundation.

The weekend started with the excitement of meeting Meb Keflezighi.  Meb is a famous long-distance runner who has won the New York City Marathon, the Boston Marathon, and won a silver medal for the Olympic Marathon, among many other achievements.  He was participating in the Vermont City Marathon for its 30th anniversary, and he visited with fans in the days leading up to the race.  I brought him a Children’s Tumor Foundation “I Know a Fighter” t-shirt (like the one I’m wearing in the photo) and told him about Jane. 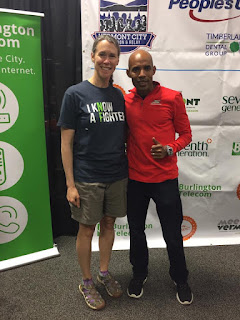 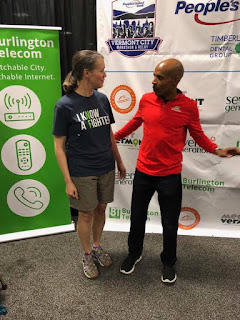 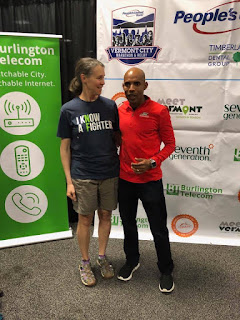 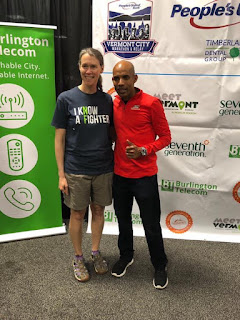 I have to say, I was a little disappointed in my performance in the race itself.  I finished in just under 5 hours, which is 45 minutes slower than I ran the same exact race last year!

I don't know what happened.  I felt like I’d prepared better than any of my recent races.  My 22-mile training run three weeks before the marathon was at a 10:15 min/mile pace, yet I ran the marathon itself more than a full mile-per-minute slower (11:20 min/mile)!  What the heck?  Maybe too much excitement the day before?  Had I been on my feet to much?  Maybe what I ate for dinner?   It was a little warmer and more humid the day of the race than I would have liked, but certainly not excessively so.  I do think I went out too fast, and that may have been my downfall.  One would think after 13 marathons I should know better!   Though, I wouldn’t have thought that would make me tank so hard before the halfway mark.  I can’t blame the hills because I ran the exact same route last year.

I am glad I was able to finish (because there were moments during the race that I didn't think I could!)  I’ll just have to prepare that much smarter and hope for better luck next time.  Now at least I get to rest for a bit.


The Vermont City Marathon is unique in providing participants with professional race photos free of charge.  Some of my shots were better than others...

We did have a very nice weekend.  The weather cooperated, and the city of Burlington is quite lovely.  The race is ideally situated next to our hotel (the start and finish and a key moment in the race all are right in front of it) so it's easier on Todd and the kids than some of the other races I've done.  We all enjoyed swimming in the pool after the race and had a nice dinner out last night in a pedestrian-friendly part of the city.  We even stopped on the way home to tour the Ben and Jerry's ice cream factory.  All in all, a good family weekend.

Jane Update:
Jane was featured as an NF Champion on the NF Northeast Facebook page during NF Awareness Month!  Take a look: 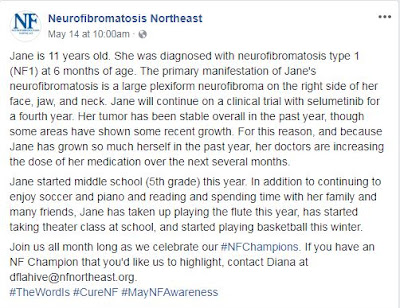 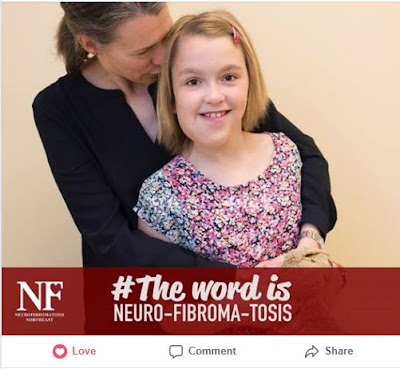 NF Update:
May and NF Awareness Month may be over, but we’ll keep on working to find a cure for NF!  You can always donate to our campaign for the Children’s Tumor Foundation at www.KRath4Jane.com. 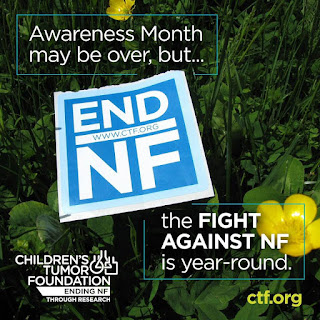