After the NYC Half Marathon I was casting about for another local spring race, since training for the Hartford Marathon wouldn’t start until June.  I couldn’t find an appropriate one:  the Middletown Half was too soon, Todd would be out of town for the Cheshire Half, and the Mystic Half was already sold out. Then I heard about a new half marathon starting this year in Branford on May 31st.  It is being sponsored by OutRUN38 (www.outrun38.org), an organization that seeks to heighten awareness of cystic fibrosis and provide support to people living with this disease.  (The average life expectancy for someone with cystic fibrosis is currently 37; thus the name of the organization reflects the goal to surpass those odds.)

The race is perfect with respect to timing (10 weeks after New York) and location (only two towns away), but I hesitated on the registration page…

A small voice in my head asked:   Could I run a race to support a cause other than NF?
A louder voice said:  Of course I could!  What was wrong with me?

I’ve donated to many organizations’ walks, runs, and fund-raising efforts, including a number of programs for children with other medical issues.  Participating in a race to benefit cystic fibrosis wouldn’t take away from my support of neurofibromatosis charities.  Cystic fibrosis (CF) is a disease in which the body produces very thick mucus secretions.  These thick secretions impair the function of the lungs and the digestive tract, and can lead to severe lung infections, malnutrition, and early death. Like NF, it is caused by a genetic mutation, is hereditary, chronic, and has no cure—only patchy treatments. You would think that I’d be extra sympathetic to the CF cause, having firsthand knowledge of the struggles of a complex childhood illness.  So what was my problem?

After a lot of reflection, I think I have the answer.

It had been a bad few months.  Jane’s tumor was progressing and the new medication she was taking was causing her intolerable side effects.  (It was also only a few days after one of my marathons, and I was still tired and emotional from the race.)  Jane and I were in a doctor’s office looking for help in managing the medication’s side effects.  In a rare, public moment of despair, I started to cry.  The well-meaning physician (I think the right word is well-meaning—at darker times I think perhaps it is just plain unsympathetic), in an effort to get me to pull myself together, said, “It’s not like she has cystic fibrosis.”

What is that supposed to mean? I thought.  Can I not cry when I’m sad and frustrated about my daughter’s health unless I meet certain criteria?  Is it not enough that she is taking an experimental chemotherapy for an inoperable cranial nerve tumor?  I never made the claim that Jane’s problem was worse than anyone else’s.  I wasn’t looking for that kind of affirmation.  I was just a tired mom having a moment.

I know things could always be much worse.  In talking to patients every day I am startled and moved by what struggles other people confront and overcome: disease, disability, loss, infidelity, abuse, financial hardship.  In reading the blogs of others affected by neurofibromatosis I see some horrible complications of NF from which Jane has been spared.  And don’t even get me started on the suffering reported daily in the world news!  Believe me, I’m thankful that things aren’t worse.  But that doesn’t mean I’m not allowed to cry sometimes.  I’m only human.

“Would it help if I gave you a hug?” I was asked.
At that point, I just wanted to go home.  I dried my tears and rallied.  “No, I’m OK, thank you.”
The doctor, looking visibly relieved, said, “Oh good, because I’m not good at that sort of thing.”  (Really?)

Perhaps this is what tainted my feelings toward CF?  Could this same conversation explain my grudging support of the Make-A-Wish Foundation when the request for donations came home from Jane’s school?  The same doctor—at the same visit—offered, unprompted, to nominate Jane to the Make-A-Wish Foundation, but then rescinded and said, “Actually, I’m not sure Jane would qualify.”  First of all, I know several children with NF who have been granted wishes from this organization; but second, I hadn’t even ever considered Jane a candidate for Make-A-Wish myself!  I thought of the words of Miracle Max in The Princess Bride: “While you're at it, why don't you give me a nice paper cut and pour lemon juice on it?”

What is the lesson in all this?  I can’t tell you how often my thoughts have come back to this encounter.  It has triggered debates within me over the definition of suffering and its different meanings depending on one’s perspective and life experience.  It has affected the way I approach patients.  It has also made me reflect on when and whether to allow myself to dwell on problems.

There could be a much deeper discussion of the nature of suffering and empathy here, but I am not a skilled enough writer or philosopher to do it justice.  However, if I could provide a lesson to the pediatrician it would be this:  Don’t compare one person’s suffering to another.  Don’t judge someone else’s struggle.  Because, as my mother would say, “Everyone has a cross to bear” or, as Michael Stipe would say, “Everybody hurts sometimes.”  (Incidentally, for various reasons, the doctor in this story is no longer part of our care team.)

The lesson for me?  More than ever I have realized the importance of educating people about NF so that it is not dismissed.  To that end, May is NF Awareness Month!  Like last year, I will be posting daily facts about neurofibromatosis on Facebook and will include the list here as well.

PS I am now happily registered for the OutRUN Half Marathon!
Posted by NFE Mom at 6:57 PM No comments:

Spring has sprung!  What gorgeous weather.  This weekend I put on shorts to run for the first time this year—hooray!

NF Update:
Nothing new to report with Jane’s NF, but instead a little anecdote that illustrated for me just how well Jane’s personality will serve her in dealing with the challenges she will face because of NF:

Recently Jane and I were tending to her scraped knee.  She wanted to clean it herself because the soap and water stung it.  She said to me, “When I have to do something that hurts, I say to myself, ‘Just do it, Jane.  Just do it.’”

(Or perhaps dealing with NF has already taught her how to face life’s littler challenges?)

Jane and Family Update:
For spring break this year we drove up north to spend a few days in Montreal.  Poor Alec got hit with a stomach bug the first night we were there, but we still managed to do a bit of sight-seeing and to have dinner with our cousin, Andrea.  Montreal has a vast indoor nature complex that includes a planetarium, an insectarium, a botanical garden, and a biodome.  We were able to visit the latter two sections before we had to head home.

Some pictures from the butterfly exhibit at the botanical gardens :) 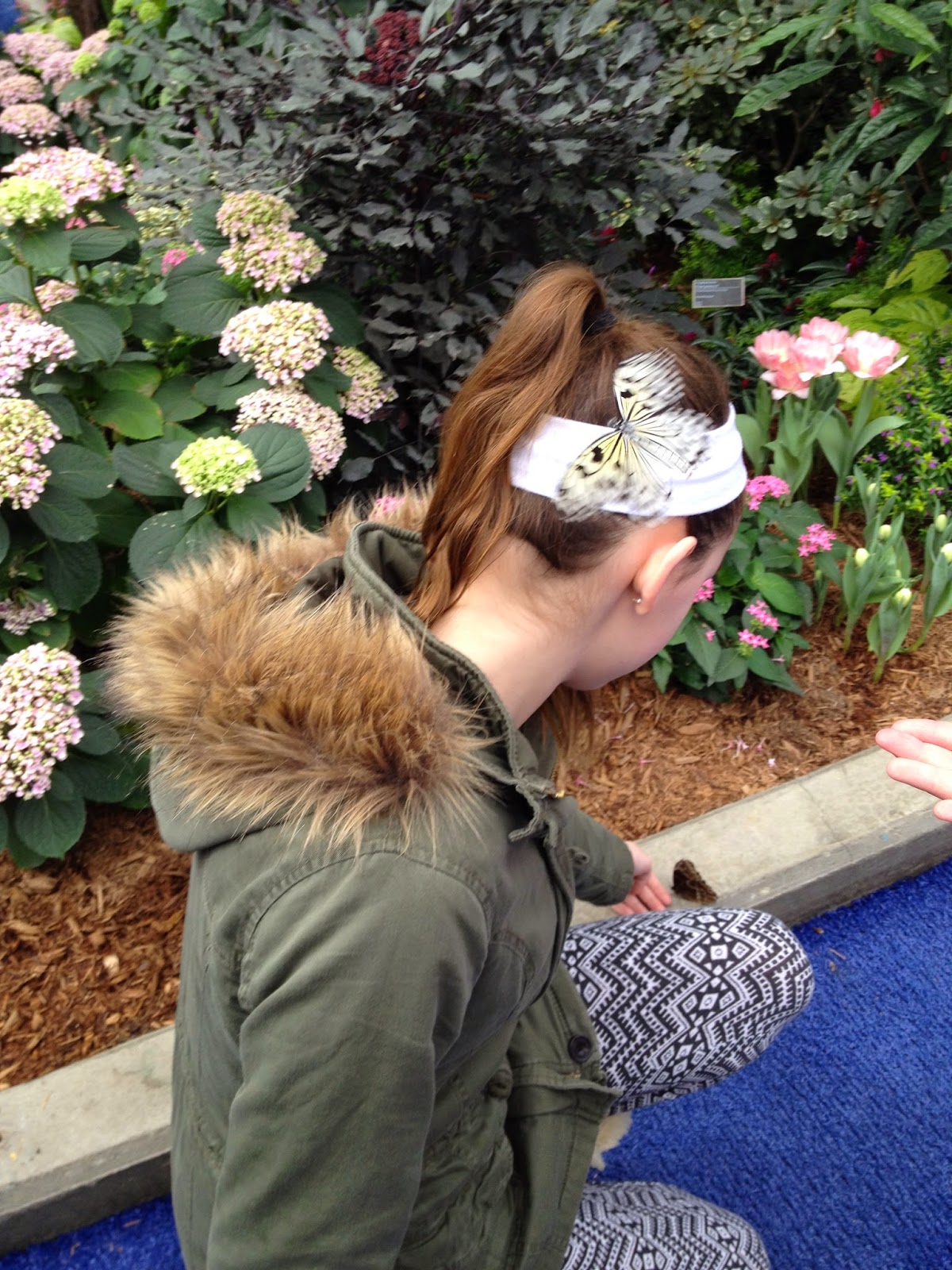 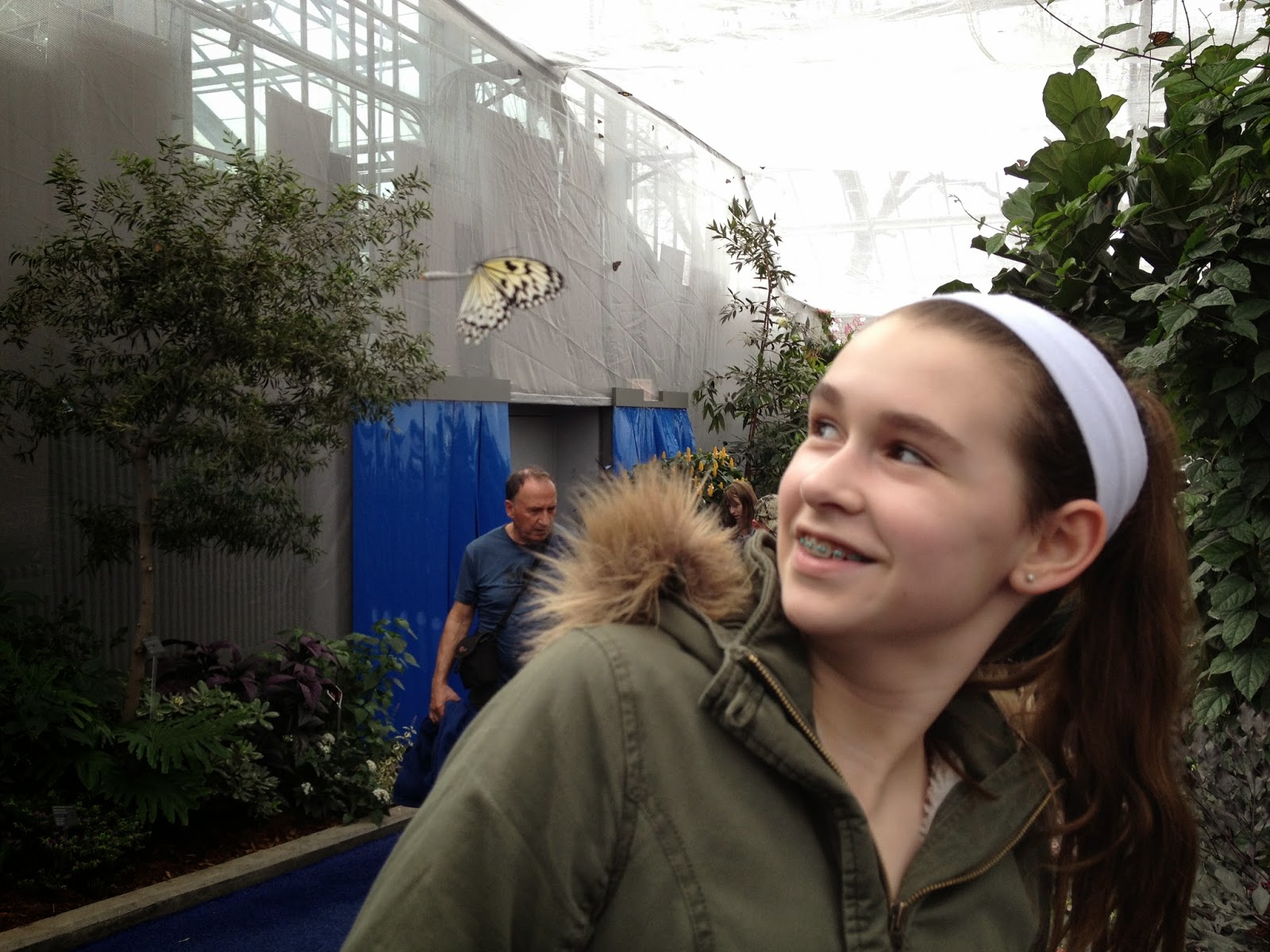 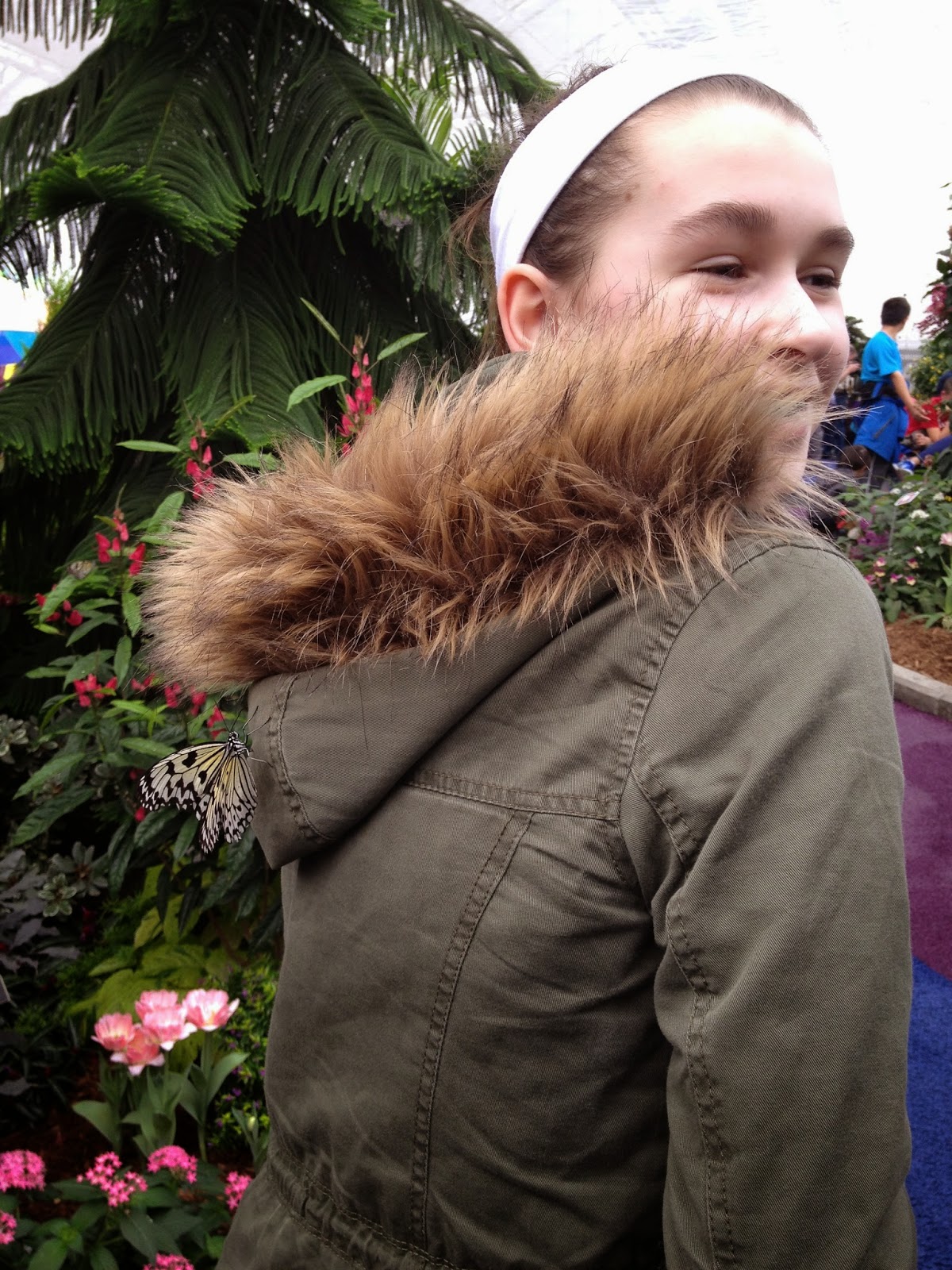 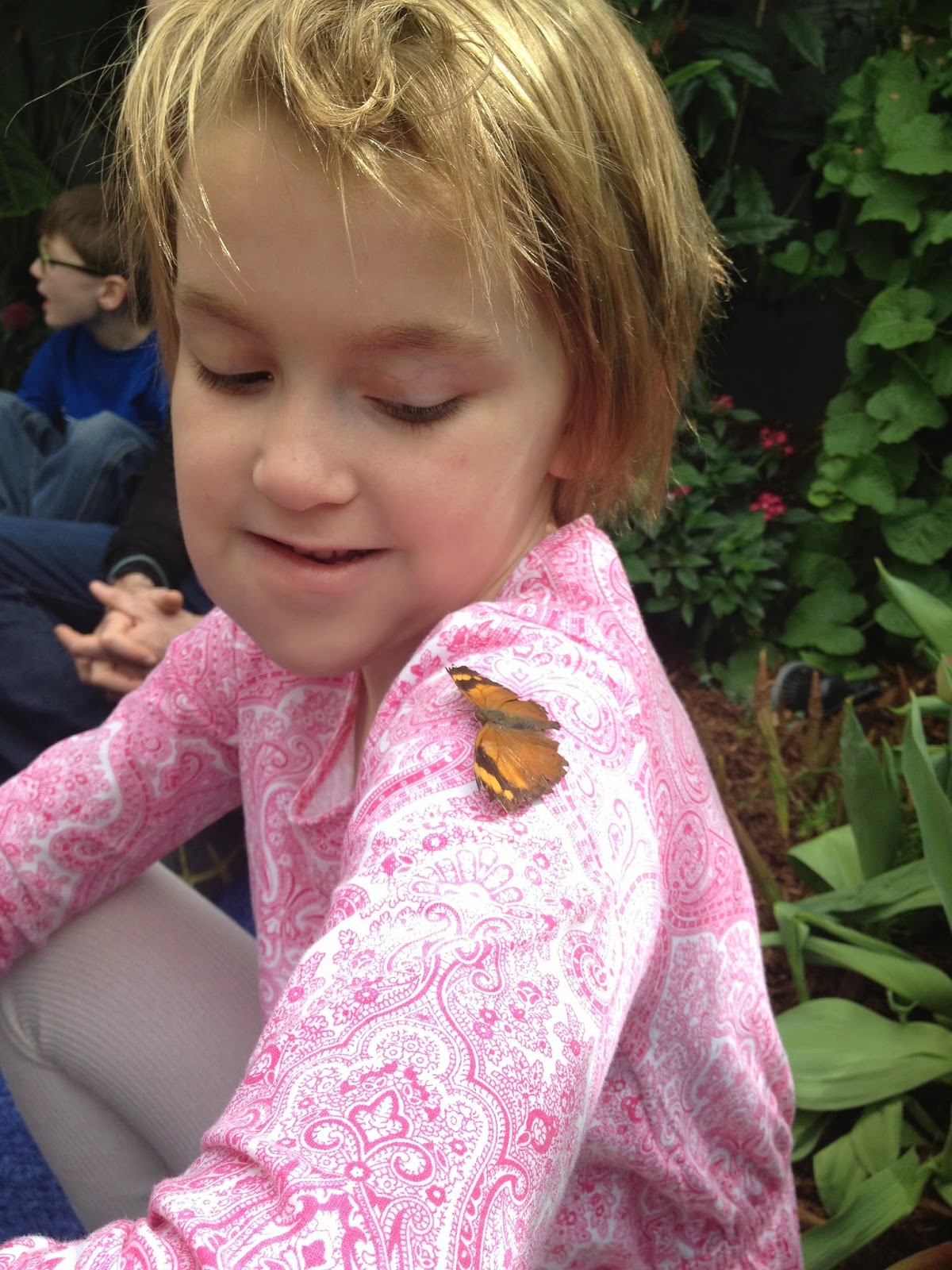 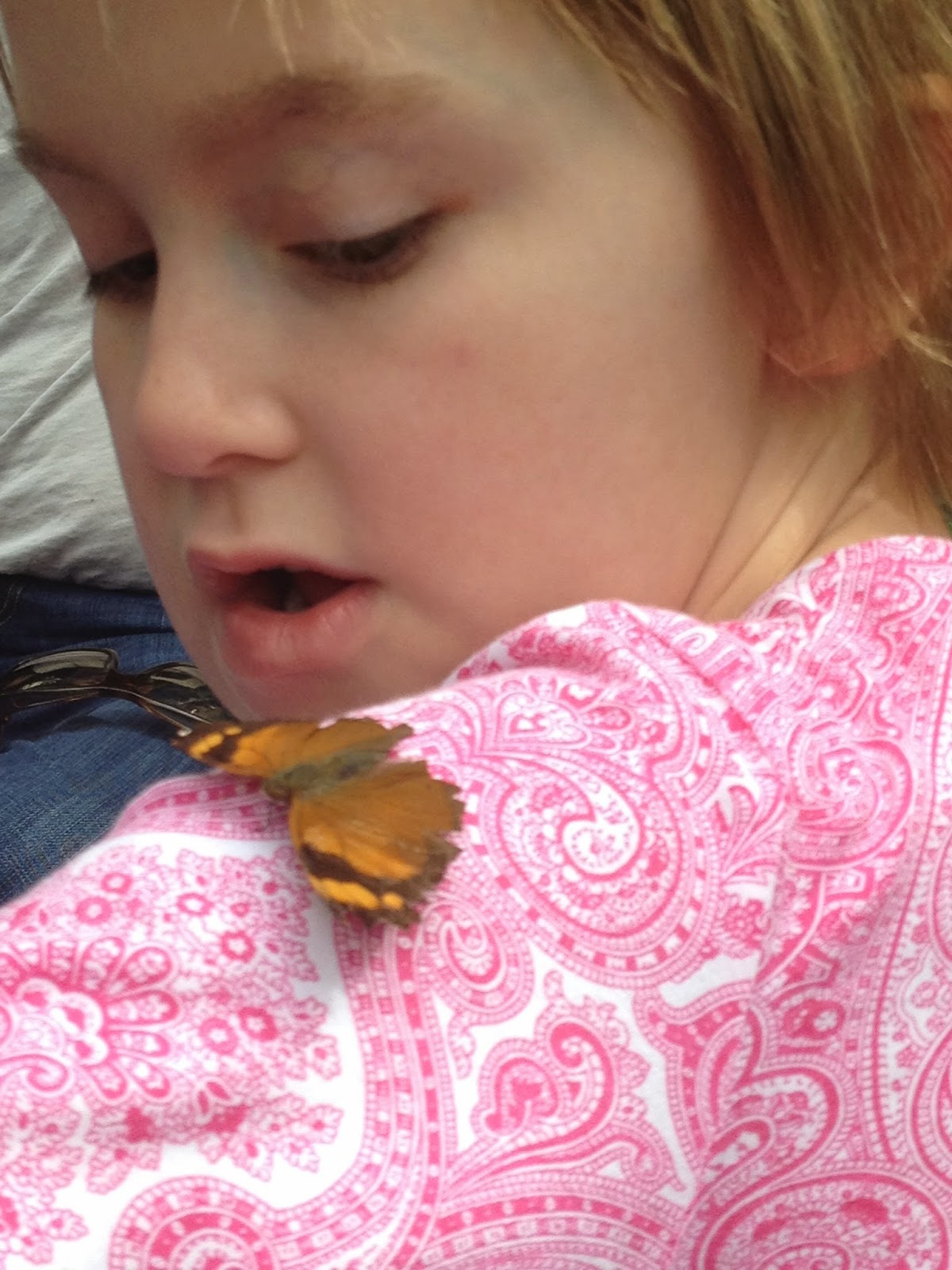 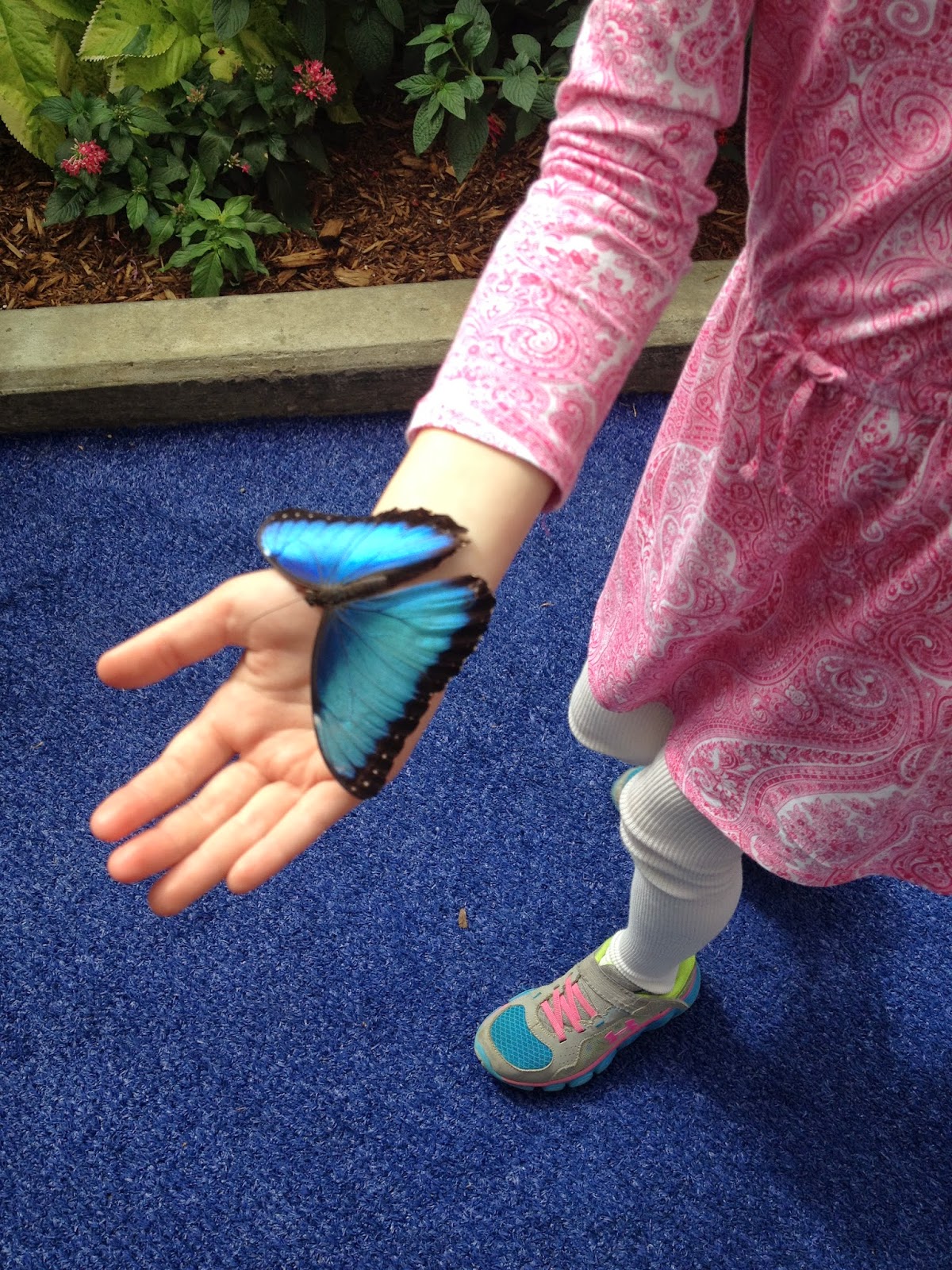 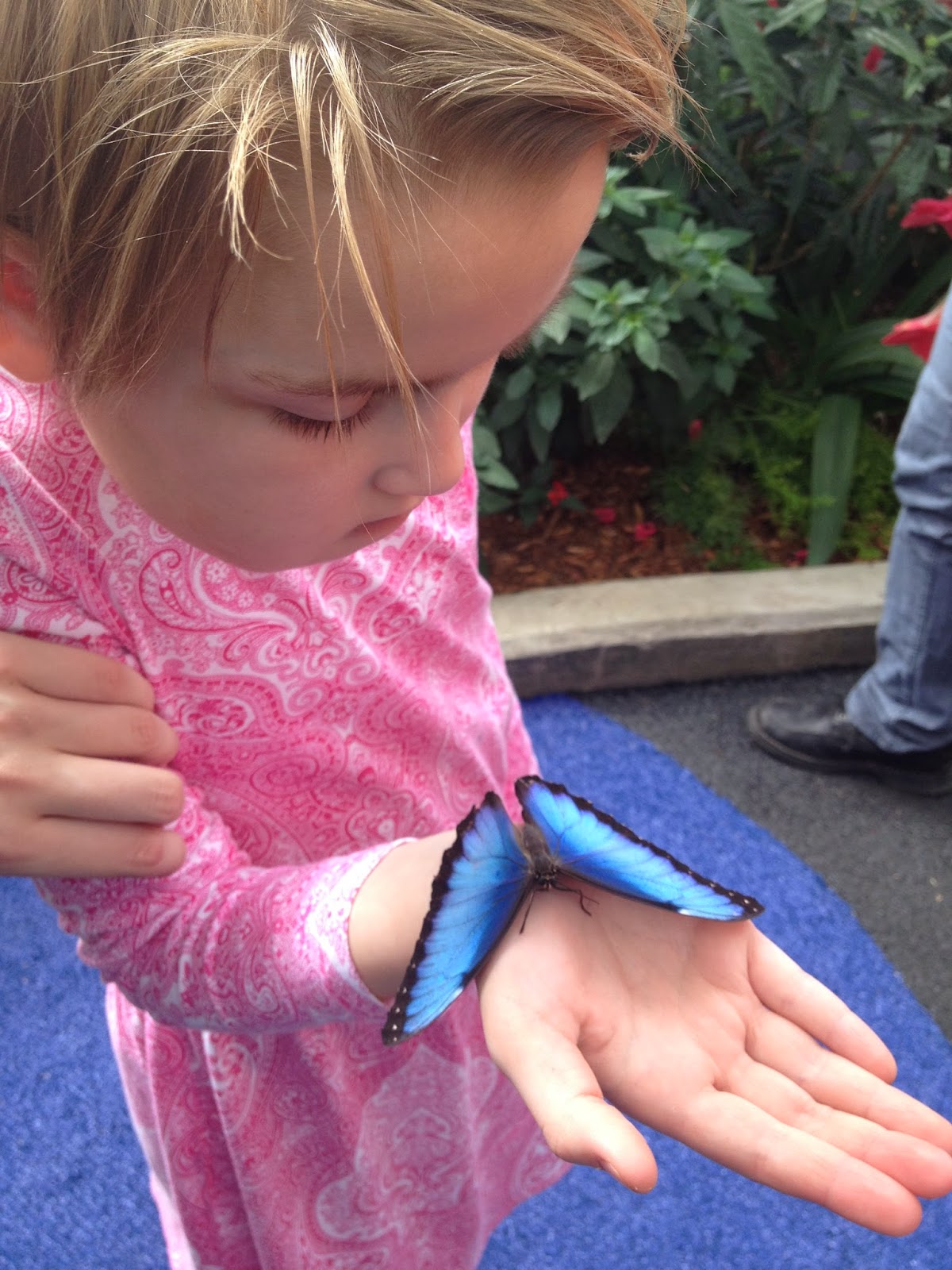 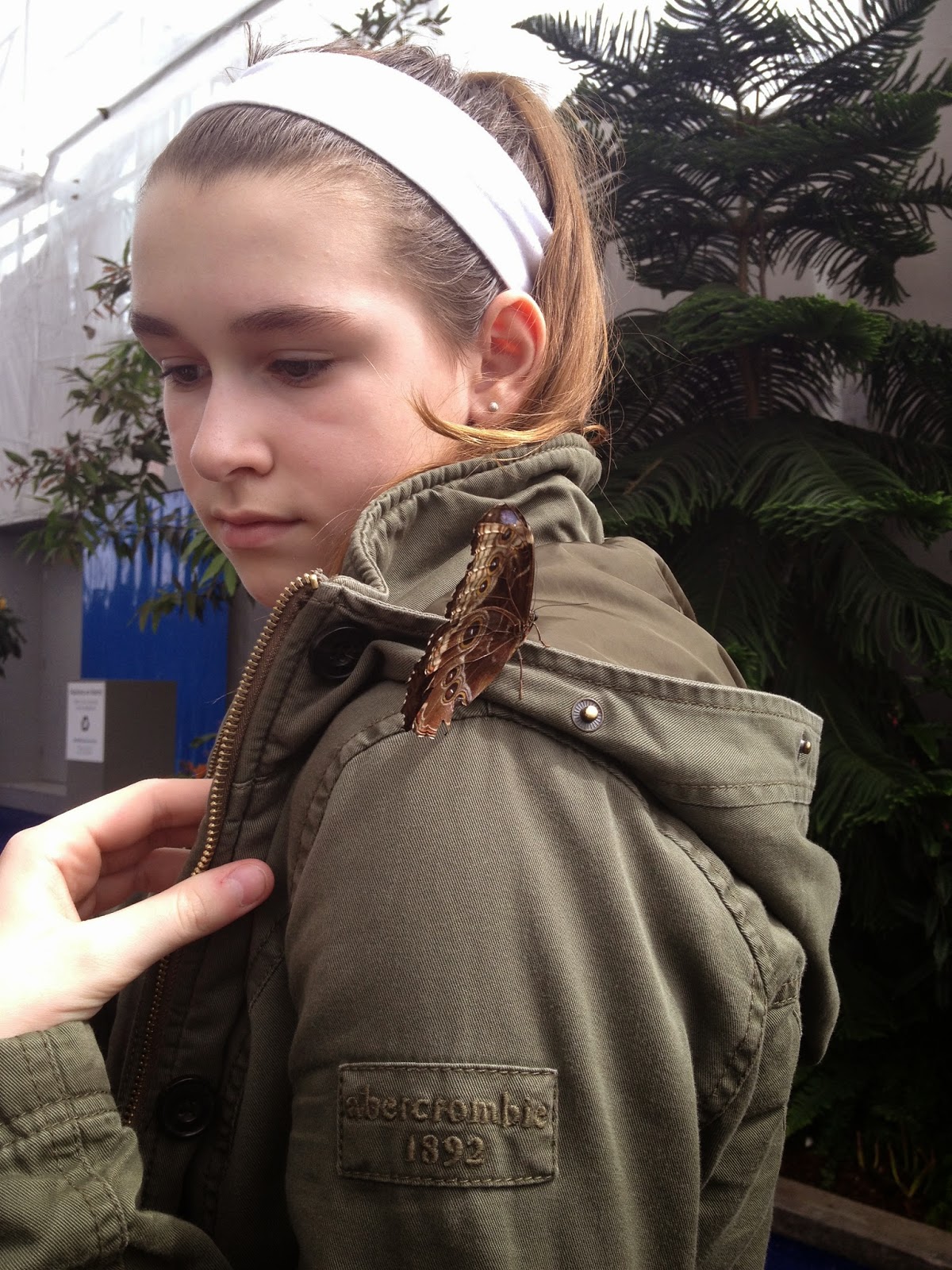